I was lucky to be able to filter and use the grass on the divider section to go trough. 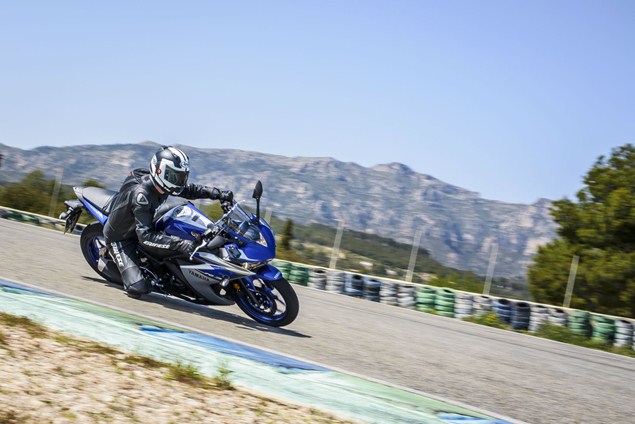 THERE’S a good feeling about motorcycling in 2015. Superbikes have gone silly again, smashing the 200hp barrier, sales are up for the first time in years and sub-500cc machines have become more exciting than they’ve been in decades.

That’s because, instead of producing bikes simply to meet the 47hp A2 power limit, manufacturers are reviving the class with machines to desire whether or not you have a restricted licence.

Last year KTM gave us the fully-faired RC390, using the same frame and single-cylinder engine as the Duke 390.

This year Kawasaki introduced the Z300, a naked version of the excellent parallel-twin Ninja 300.

And now Yamaha has launched a new addition to its YZF-R sports bike family, the R3.

It’s all new, with a parallel-twin engine of 321cc acting as a stressed member in a diamond-type steel frame. That gives it 25 more cubes than the 296cc Ninja and Z300, and five more horses, at 42hp compared to 37.

Of course it’s A2-compliant but Yamaha is keen that it be seen as more than that. It is, the firm says, a ‘supersport bike for everyday use,’ whose target audience only ‘includes A2 licence holders’.

That’s because the market for bikes designed as A2 compliant is too small, with many riders choosing to get a more powerful machine and have it restricted. The R3 has to offer something for the more experienced too.

And it does. It’s an eager, engaging little sports bike, with a revvy, flexible engine which is as useful and fun on the road as on track.

It felt effortless to control from the moment a wheel turned, like a bike I’d been riding for years rather than one I’d just swung a leg over for the first time at the press launch in Spain. A generous steering and high clip-on bars, mounted above the top yoke, make for super-easy low-speed manoeuvrability.

It doesn’t feel quite as free-revving as the Ninja and Z300, which red-line at 13,000, but that impression could simply be down to the R3’s better spread of power across the range.

Where the Kawasakis sing at high revs, in what’s not unlike a power-band, the R3 shares more of the character of a bigger-capacity engine. It pulls more strongly at 5,000rpm, letting you be generally lazier about what gear you’re in, whether tackling corners or overtaking on the motorway.

In fourth gear at 5,000rpm, there’s enough drive to sweep from one tight bend to the next on winding roads, and make good, smooth progress without changing down. That’s until you see a slightly longer straight, at which point you’ll point definitely want to knock it down a gear and nail it.

The launch ride included a couple of brief stretches of motorway, where the R3 felt comfortable at high speed, without excessive vibration. Like KTM’s RC390, it’s got a more upright riding position than typical of sports bikes, and the R3 also still manages to provide an acceptable amount of wind protection, with a screen that widens toward the top. The riding position didn’t feel cramped to me, at 5’9”, and I had no complaints about comfort all day.

Naturally, the ride also included miles of perfect twisty roads, near Tarragona on the Mediterranean coast. Here for the first time I felt I could have done with a little more readily-accessible power from the single 298mm front brake disc and twin-pot caliper. As on KTM’s RC390, the power is there but to find it I had to move my two fingers a little further out along the non-adjustable lever than I’m accustomed to. Sometimes I’d already begun braking when that realisation dawned, by which point it’s too late to change position.

But it’s something any rider would adapt to, and with the extra leverage gained from using more of the lever, power is ample. Another journalist, who brakes using all his fingers, said he found no s*** lack of bite.

The suspension, a pre-load adjustable shock and non-adjustable right-way-up fork, is softer than the Z300’s, which I tested only a couple of weeks ago. The R3 is better damped than the RC390, which is soft-ish and bouncy.

The Yamaha coped well on the carefully chosen, perfectly surfaced roads of the launch ride. I wonder if it would acquit itself quite so well on the less well-maintained A-roads of the UK.

After the track-like roads, we hit some track-like track, with two 20-minute sessions at Circuit de Calafat, which is full of hairpins and ideal for exploiting the R3’s strengths.

Claimed weight is 169kg with a full tank of fuel, and the R3 feels light enough to throw around like a toy but also consistently stable, whether nailing the brakes, driving through a corner or flat-out on straights. Top speed proved to be an indicated 176kph, or 109mph, where the R3 hit the rev limiter in top.

It’s got a lower claimed power-to-weight ratio than the RC390 – which is more powerful at 44hp and lighter at 166kg with fuel – but the R3 is a smoother experience, less about mid-range and more about a linear build to the top end. It’s easy to thrash, using all of the 42 horses most of the time with frequent changes through the slick gearbox.

Ground clearance was good, although Yamaha had removed the hero blobs from our test bikes.

The ABS, which comes as standard, activated a couple of times running into corners but otherwise I wasn’t aware of it. When it did step in it was with relative subtlety.

A couple of times the Michelin Pilot Street rear tyre juddered sideways driving out of corners, but held on. It’s not ideal rubber for this job, but coped. Stickier standard rubber would compromise Yamaha’s ambition that the R3 be as good for city, long distance and ‘every day’ use as it is for getting a knee down.

It’s an ambition which has been realised in the R3. Commute on it, thrash it, tackle longer distances on it. Race on it – Yamaha is planning a junior cup challenge.

Gain experience on it if you’re an A2 licence holder. Cherish and enjoy it if you’re not. It will do all these things.

Some parts don’t look special. The steel swing-arm looks like it might be doing a half-hearted impression of cast aluminium, widening in the middle and tapering again toward rear wheel axle.

The dash consists of a big rev-counter dial on the left of a digital speedometer, with a gear indicator and fuel gauge. It also has something of a that’ll-do look about it.

For a city bike, I’d like space for a disc lock under the seat, and I’m not sure there is one on the R3. There are two hooks on the underside of the seat itself, which a Yamaha man a**ured me functioned as helmet locks. With the D-ring of my helmet looped over one, I couldn’t get the seat back on.

The pressed steel gear selector and brake pedal look like they could have been borrowed from a budget commuter.

But the R3 is competitively priced, at £4,799 plus on-the-road charges, so Yamaha can be forgiven for making savings somewhere. It’s a couple of hundred quid less than the RC390, and £100 less than the Ninja 300.

It doesn’t seem such a lot of money for a motorcycle that, while A2 compliant, could be the only bike many riders need.

Looking for an Urban Tiger if anyone has one, must be mint. Cash waiting. 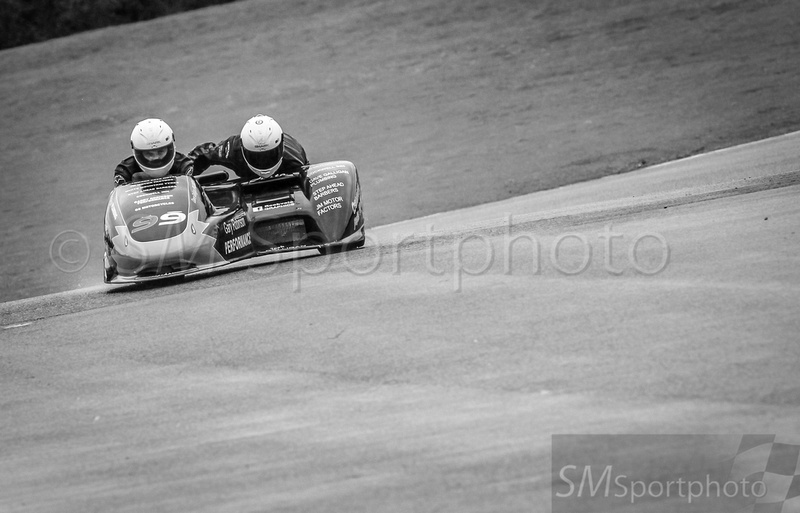 A few shots from the Masters on Sunday, plenty more to upload during the week. Thanks for looking :thumbsup2:
Stephen

looking for motorbike trailer cheap as chips dont mind if it needs work preferably with suspension ( not ohlins or ktech leaf springs wud do :lbhbh:)

cheap and cheerful is all im lookin for thanks :thumbsup2: 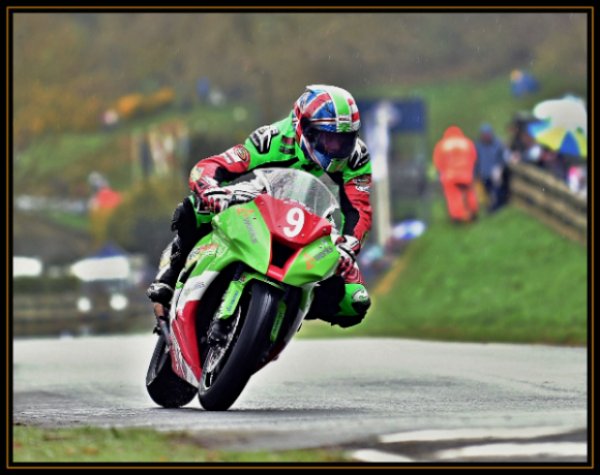 Dan Hegarty made his first road race appearance of the season for Team ILR, in a**ociation with Downshift Motorsport, when he made an impressive Oliver’s Mount debut at the Auto 66 Club’s Spring Cup meeting at a bitterly cold and wet Scarborough at the weekend.

On board the Ninja ZX-10 which he rode to great effect at last year’s Isle of Man TT races, Hegarty’s first outing was in the 1st leg A Final of the Spring Cup and the newcomer was in top company with Guy Martin in pole position and Dean Harrison and Lee Johnston making up the front row.
From 16th on the grid and riding calmly and a**uredly, Dan climbed steadily through the field to settle into 10th place at the halfway point and at the chequered flag he had made up two more places to finish an excellent 8th.

Dan’s next outing for the team was the final race of the day, the first leg of the Senior class and in similar company he came from 16th on the grid to finish 7th and improve his lap time by over half a second.

If Hegarty’s results on the first day raised a few eyebrows, they were about to be raised even more on the Sunday as, from 14th place on the grid, he soon set about chasing Guy Martin for fourth place in the second leg of the Spring Cup A Final.

Ivan Lintin took the hole-shot from Martin and Dean Harrison, but it was Daley Mathison who had the lead at the end of lap one by half-a-second from Tom Weeden and Lintin with Dan in 5th. Dean Harrison meanwhile had ran ride at a hairpin and was down in 7th.

On the second lap Hegarty was still riding brilliantly behind Martin, and he continued to press the Gold Cup winner for the remaining three laps to finish 5th, a fantastic result for the only newcomer in this class, and this combined with some fine results on other machinery, brought the curtain down on a very successful weekend for the young rising star.

In contrast to Dan’s newcomer status, renowned Oliver’s Mount expert Ian Lougher was also in action at a circuit on which he has enjoyed much success.

When the Team ILR owner announced his retirement from top flight modern era racing he did so with the understanding that he would continue to take part in selective, mainly classic events including the Classic TT on the Isle of Man, and the Spring Cup meeting provided the perfect occasion to obtain the necessary qualifying signatures for the TT Mountain Course Licence.

On the team’s new Moto 3 Honda, Ian was in action on the first day in the first leg of the Lightweight class and in a race that was twice red-flagged, he eventually finished 7th.

In the following day’s second leg, Lougher started from fourth on the grid and, with next week’s BSB round at Brands Hatch looming it was a case of an experienced eye on machine preservation.

For the first three laps he was running in 7th place. On lap 4 he was up to 6th and with 3 laps to go he was challenging Peter Boast for third and just lost out by under half a second to finish a fine fourth.

Team ILR’s busy early season continues as the team now prepare to travel from North Yorkshire to Kent and the next round of the Hel Motostar British Championship at Brands Hatch next weekend when Joe Thomas and Vasco van der Valk will again be in action.

”I was very impressed with Dan. He rode with great maturity this weekend, and the way in which he picked up and learned the circuit in difficult conditions, and with very little practice, was a bit special.”

“Riding at Oliver’s Mount was a childhood dream come true, and competing with Team ILR/Downshift Motorsport behind me, gave me everything I could need. Achieving the results we did surpassed all our expectations.”